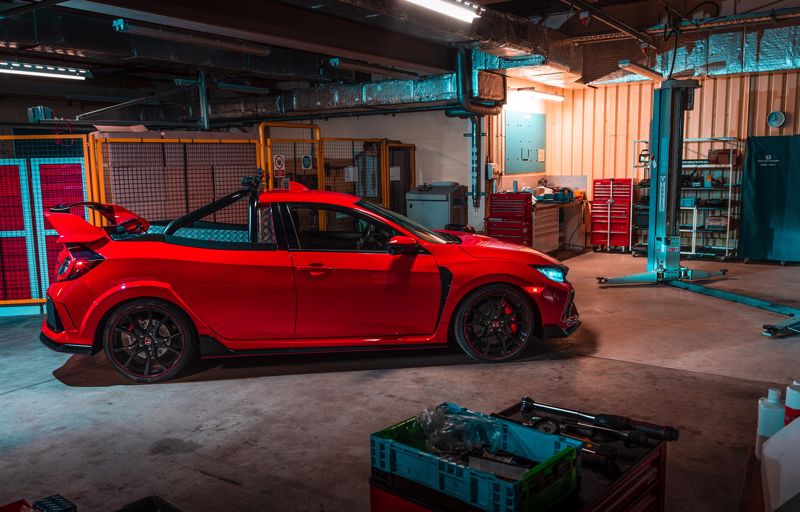 The all-new Honda Civic Type R has won the ‘Best Performance Car’ category in the prestigious Women’s World Car of the Year Awards. These international car awards are unique in having a judging panel comprised entirely of women.

Sharing the same fundamentals as the Civic hatchback, the all-new Type R has been engineered from the ground up to deliver the most rewarding drive in the hot-hatch segment – both on road and on the race track.

This year’s Women’s World Car of the Year winners were decided by votes from 25 female motoring writers from 20 different countries. A nomination list of 420 cars was quickly whittled down to a top-60 shortlist, before a secret ballot decided the winners in each category.

“Women account for more than half of new car buyers, and have a significant influence over car-buying decisions, so it’s a fantastic achievement for Civic Type R to have been recognised in this way,” said Philip Ross, Senior Vice President of Honda Motor Europe. “The new Type R has blistering performance, but it also retains its position as the most practical and versatile of high-performance hatchbacks – which was a key factor in the judging for this award.”

Honda stole the show at the annual SMMT Test Day this year by showcasing a Civic Type R Pickup Truck concept, almost a year after the launch of the standard road car.

Built by a specialist team from the Product Engineering department at the Honda of the UK Manufacturing (HUM) factory in Swindon and codenamed ‘Project P’, the Civic Type R Pickup Truck has been modified and developed from the standard road car to create potentially one of the fastest pickup trucks on UK roads.

To create the Project P concept, the team used a pre-production version and adapted the design rearwards from the B-pillars of the car, with sweeping lines from the roofline to the back hiding a flatbed loading area in the centre of the car where the rear seats and boot space would normally be.

Finished in Rallye Red, the concept retains the iconic rear wing associated with both the FK2 and FK8 Civic Type R, which, in a clever piece of engineering, is movable to allow direct and unfettered access to the rear of the truck.

Using the same powertrain, suspension and gearbox as the standard road car, it is estimated Project P will complete the 0-62mph sprint in under six seconds and reach a top speed of over 165mph. It also possesses the same driving modes of comfort, Sport and +R, Project P offering both ride comfort as well as a unique racing capability on track.

Alyn James, project lead, commented: “We have a special projects division at the factory in Swindon and this project was a fantastic opportunity for the team to show just what their creative minds could do. The passion that our engineers have for Honda is shown in our latest creation and we are even considering taking it to the Nurburgring to see if we can take the record for the fastest front wheel drive pickup truck!”

Phil Webb, head of car at Honda UK, added: “This Civic Type R Pickup Truck concept by the special team at our Swindon-based plant demonstrates the passion and commitment of the team there – going above and beyond outside working hours to deliver the final product. There are no plans to put this in to production but we will be using it to transport our lawn and garden products as and when required!”